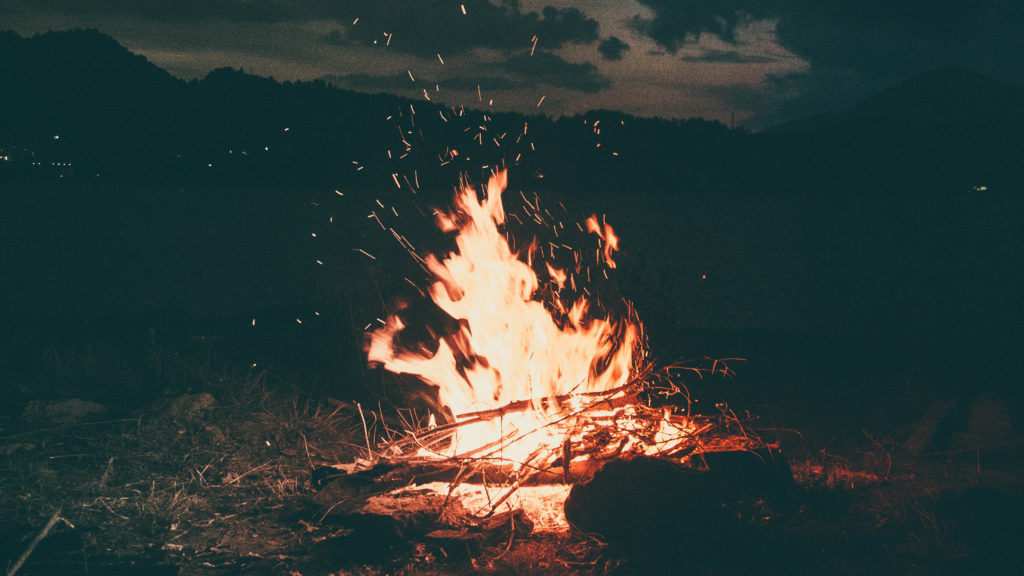 It’s November, the days are getting shorter, the nights are getting colder. As 2019 draws to a close, many people are looking forward to Christmas and planning for the festivities that run through December. This means that people often forget about the penultimate “big night” of the year, despite it being one of Britain’s oldest traditions.

What is the History of Bonfire Night?

Bonfire night, or Guy Fawkes’ night, is a celebration that has taken place year after year for the last four centuries, and is a staple of the British calendar. The story of bonfire night begins on the 5th of November 1605, with the foiling of the gunpowder plot.

Early in the 17th century, Europe was in turmoil. The violence between the different sects of Christianity was at an all time high. Protestant Britain and Catholic Spain were at war, and a religious rebellion raged in the Netherlands. With the ascension of James I to the English throne in 1603, many believed this would signal the end of Catholic persecution in the state, carried on the back of his ceasefire and eventual treaty with Spain. In the years that followed however, members of the Jesuit clergy felt that James had not done enough to reprieve the religious divide, kickstarting a string of unsuccessful assassination attempts that culminated in what would have been one of history’s most notable acts of terrorism – The Gunpowder Plot.

The plot was conceived by thirteen conspirators: Robert Catesby, John and Christopher Wright, Thomas Percy, Robert and Thomas Wintour, Robert Keyes, Thomas Bates, John Grant, Ambrose Rookwood, Sir Everard Digby, Francis Thresham and of course, the infamous Guy Fawkes. These conspirators, led by Robert Catesby, aimed to destroy the House of Lords with James I inside during the state opening of Parliament. Fortunately for the Monarch, the authorities received an anonymous letter containing details of the plot, leading to a search of the cellars of the Palace of Westminster and the discovery of Guy Fawkes. The would-be assassin was found guarding 36 barrels of gunpowder, equivalent to approximately 5500 pounds of conventional explosive. A charge of this magnitude would have been sufficient to not only obliterate the House of Lords, but to reduce Westminster Abbey and Whitehall to rubble.

Following Fawkes’ discovery and arrest the people of London lit fires in celebration, and King James passed a thanksgiving act, involving a church service and the lighting of fires and fireworks each year to commemorate the event. This is the act that gave birth to bonfire night as we know it today. The November celebration is not the only tradition born of the Gunpowder Plot, as the Yeoman Warders of Westminster Palace to this day still carry out a search of those same cellars before every state opening of Parliament. 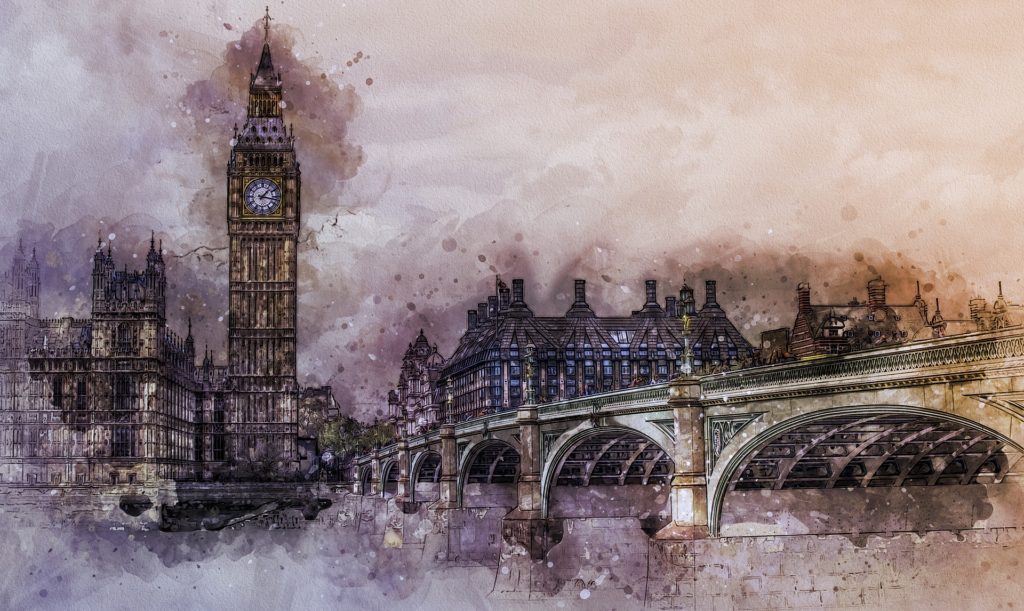 So what are the 5 things we love about Bonfire Night?

Fortunately, the bonfire nights of today don’t feature attempts to level half of central London, but are an evening of mulled wine, local ales, fireworks and of course the huge bonfires themselves. Every year thousands of people flock to their local greens and fields to enjoy wrapping up against the cold and enjoying the spectacle of the fireworks displays. The ever-growing popularity and competition between hosts has caused the bonfire nights of today to become more and more spectacular. 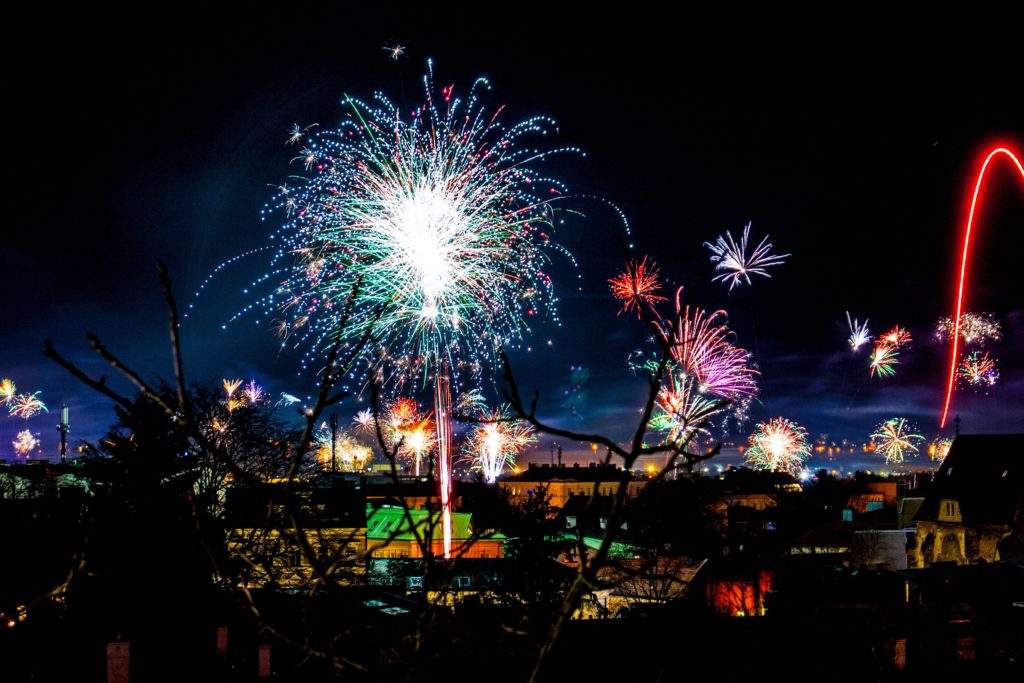 This has to be everyone’s favourite part of bonfire night. There is something that everyone enjoys about watching rockets and streamers streak into the air and detonate with a satisfying bang. While our four-legged friends may not appreciate it, the beautiful colours against the night sky always makes everyone “ooh” and “ahh”. They’re the highlight of the evening, and bonfire night just wouldn’t be the same without them. 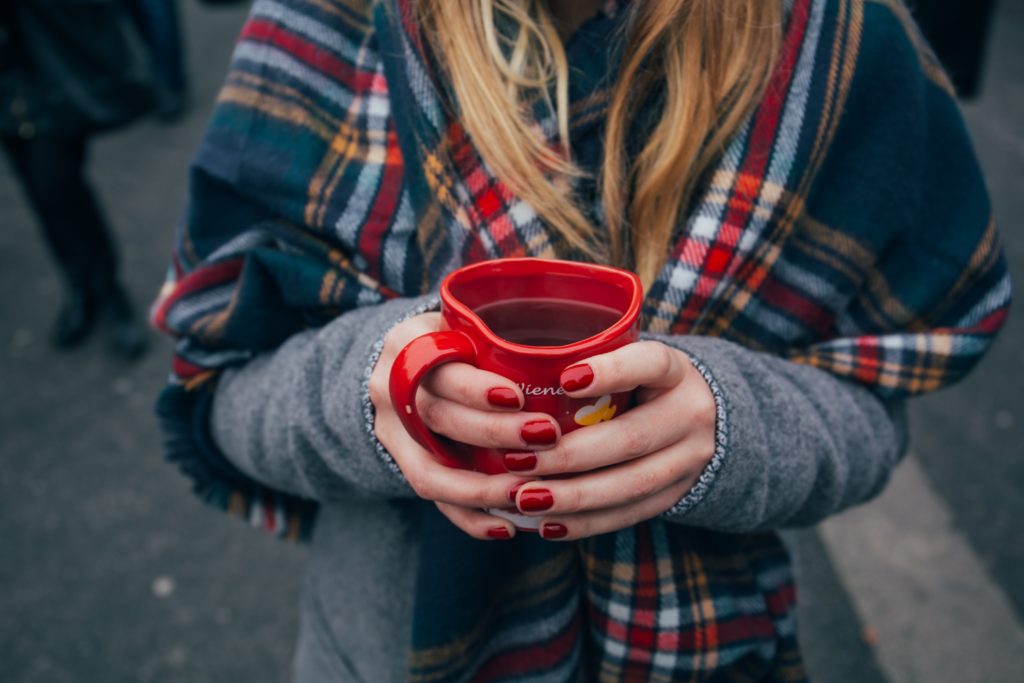 Another staple part of any good bonfire night is the hot mulled wine. Everywhere you look there are people cupping the warm steaming mugs in their hands and the smell of the spiced wine hangs thick in the air. If mulled wine isn’t your thing though, there is always a beer tent, often stocked full of interesting ales. While these beers may not be served warm, having a couple will certainly help you block out the cold.

Special Night for the Kids 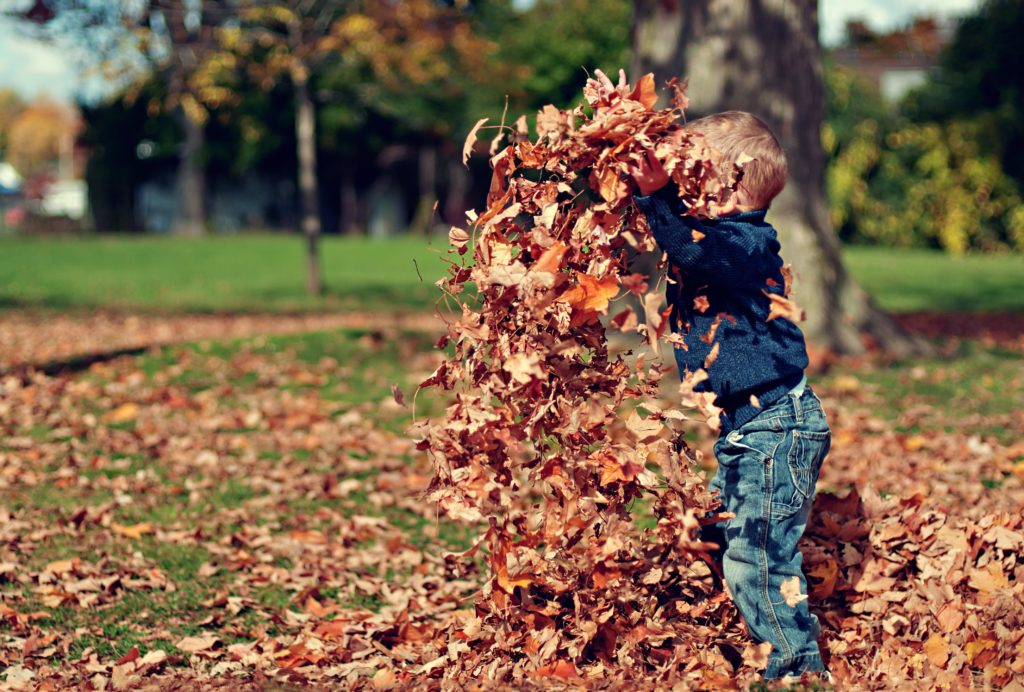 There is something about bonfire night that has a special effect on kids. Being out past their bed-time, playing in the dark with their friends and of course the inevitable glow sticks all add up to a huge amount of excitement. It’s something we all remember from our youth, and it’s nice to see that with the growing popularity of video games and television, kids still go crazy about bonfire night and aren’t more interested in staying at home. 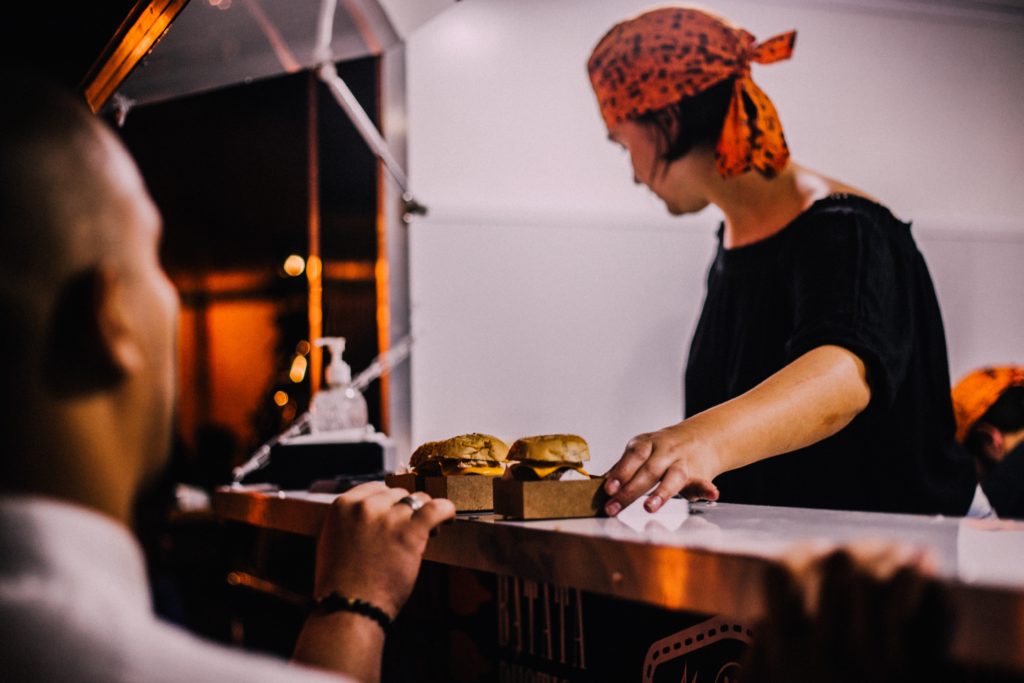 The evening just wouldn’t be as good without the food. Burger vans and local bakers do a roaring trade in savoury and sweet foods, with queues extending out into the night. No one can resist the greasy burgers and rich cakes, and you’ll always catch your “healthy living” friends wolfing down a hotdog or two. 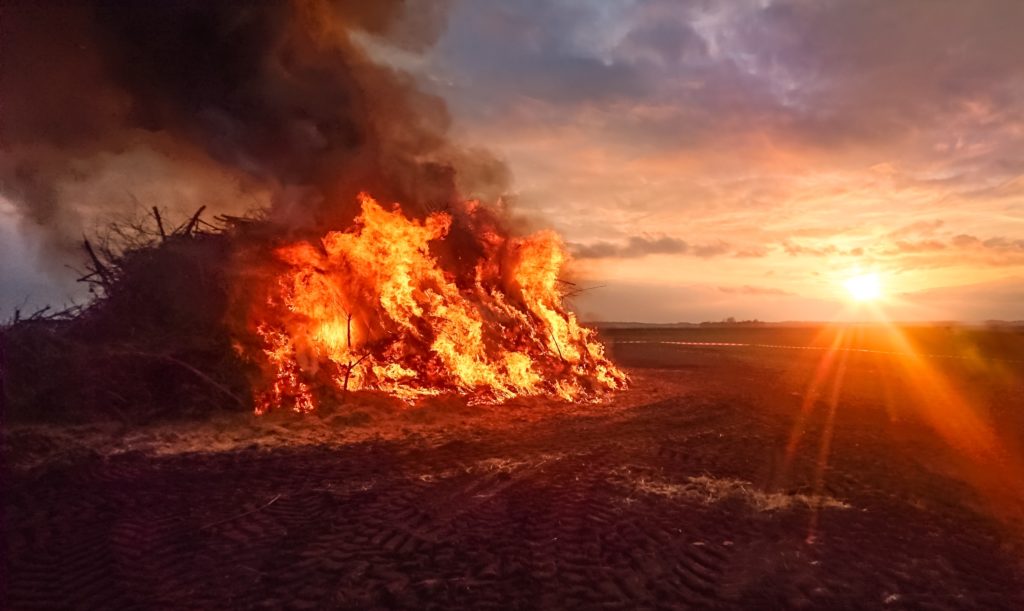 Humans have always congregated around fires. We revel in the spectacle of something so destructive yet so beautiful. The start of the night always begins with crowds flocking to buy food and drinks to warm themselves up, but as soon as the great pyre is lit and the effigy of Guy Fawkes himself is happily ablaze, people group together in the warmth of the inferno. This is the important part of bonfire night. Standing around a fire with your friends and family, a warm drink in hand and a belly full of tasty food, laughing and joking with those closest to you.

So Where Do Cool Running Rental Fit In?

Every year the event organisers and stall owners have to tackle the headache of keeping the many different foods and drinks at the right temperatures. The mulled wine needs to be hot, the beers cold, hot pies and pastries versus room temperature cakes. One of the most popular solutions is to use temperature controlled vehicles as they can keep the products at the ideal temperature in transit, and use electrical standby when stationary.

One of the vehicles we supply is the Jiffy Van. This compact, versatile van is ideal for food vendors to operate from, as it has separated compartments that run at independent temperatures. This means that serving hot food and chilled drinks from a single stall couldn’t be easier. It also features an integral cash safe, large temperature controlled storage bays and cover from the weather with the sides raised, making it the perfect vehicle to run a stall from. (Read more about catering with the Jiffy Van here).

The other vans we offer include the Mercedes Sprinter 313 in medium and long wheel base options. These are popular at large events when used as mobile walk-in fridges. It’s important when dealing with high traffic to keep plenty of stock readily available, using beer as an example, chilling lots of large crates would be incredibly difficult without the generous storage area of vans like the Mercedes Sprinter.

For many businesses, events where refrigerated or heated vehicles are required only occur once or twice a year, making owning them a high cost with low return venture. This is where Cool Running Rental are the specialists, as we offer rentals with flexible terms nationwide, helping smaller vendors to offer their products whenever and wherever they can. If you think you need to rent a van for bonfire night, or for the looming Christmas season, get in touch with us today by visiting the contact page on our website.

Have a great Bonfire Night!