You may not be aware, but the 7th of September is National Beer Lover’s Day, so we’d like to celebrate some of our local Manchester Microbreweries.

“Milk is for babies. When you grow up you have to drink beer.” – Arnold Schwarznegger

Beer is one of the world’s oldest and most popular forms of alcohol. Full ales and crisp lagers are a staple part of many people’s Friday afternoons. Recently there has been a rise in the popularity of Craft Beers coming from Microbreweries all over the country, and Manchester is lucky to have some of the best situated right here in the city.

The earliest examples of beer date back to Iran in 5000BC, so it comes as no surprise that the drink has been reworked and personalised by brewers over the millenia to bring us the drinks we love today. With the recent appearance and popularity of microbreweries we have seen a new trend for beers with different flavours and quirks, leading many “cerevisaphiles” (beer lovers to you and me) to have become attached to niche brews and their brewers.

So who are our favourites?

“At Cloudwater, we champion beer quality through our focus on balance, precision, creativity and brewing science.

Fresh beer should be consumed at its best, and decays the least when kept below 5°C every step of the journey between our brewery and your glass.”

We love Cloudwater for their selection of seasonal based beers, which stay new and exciting all year round!

Hey there, everyone. We know how disappointing it can be when the shop runs out of Purple Bobbins.

“We are a Salford brewery made up of Seven Brothers. We were inspired by our Dad’s home brewing growing up. Our love for craft beer and brewing was cemented by a trip to Oslo. SO in 2014 we finally created our family of beers that reflect our passion, honesty and hard work.”

Seven Bro7hers create a wide range of beers in unusual flavours, like watermelon and blood orange which we absolutely recommend.

The pride and the passion pour out of this can of @cafefootballuk Session craft beer. Passionately brewed by us in Salford and enjoyed by proud football lovers ? ⚽️
Available @cafefootballuk and @hotelfootballuk #craftbeer #cafefootball #sevenbro7hers pic.twitter.com/fYfORE5maj

“From the Ozarks to the Andes. Beer born on a bike & raised in Manchester.

Established in 2014, we focus on pale, hoppy beers that reflect our experiences. A passion for adventure runs throughout the brewery, continuously driving & inspiring every beer we produce.”

Track Brewing Company’s line of pale ales feature the names and flavours discovered on the two wheeled travels of the brewers, and produce some really unique beers.

“ShinDigger was born whilst we were living together at Manchester University in 2012.  We jointly invested our spare cash into a home-brewing kit and brewed beers in the kitchen of our student flat. Shortly after, we started selling our beer at house parties. It was here the first seeds of ShinDigger were planted”

ShinDigger are another small brewery infusing fruit into their pale ales, creating an exciting blend of bite and punch.

Rejigged our online store so you can mix and match individual cans to your hearts content ??? pic.twitter.com/9ssALInw9r

“We are independently owned and brew by hand in small batches at our microbrewery in Manchester. For us, flavour and quality always come first. As drinkers, we want to enjoy every beer that we make – so for us, brewing isn’t just about the end product, it’s about the process. So it’s worth doing right.”

Runaway brewery create a small range of noticeably British beers, and offer tours and tastings in their on-site taphouse every Saturday.

It’s September. It’s Brown Ale time. American Brown Ale to be precise. Brewed with an array of quality British malts and hopped to US standards with punchy, fruit driven hops. As unfashionable a beer as can be found in the UK today – yet it’s one of our favourites. Who’s in? pic.twitter.com/vHc5UkXzsD

How can Cool Running Rental help these small companies?

One thing that these exciting and unique craftsmen have in common is the need to transport their precious ales to the taps whilst keeping them fresh.  The solution to this problem? Refrigerated vans. The optimum temperature for transporting beer without degrading the quality is between 3 and 8°C. This makes vans that operate in the 0-8°C range ideal for use in transporting different brews over long distances.

Owners of smaller breweries will recognise the significant costs that owning a refrigerated van presents, and may be thinking that they can’t afford to make such an investment. Companies such as Cool Running Rental offer van rental plans at very competitive prices, and on a usage plan to suit your output. So if you only make one order a month then you can tailor the plan to only need the van for that day. Rental is also an option for larger firms, who may have a fixed delivery schedule for their beers but receives a sudden order that strays away from the usual route meaning they need a quick and short term solution. 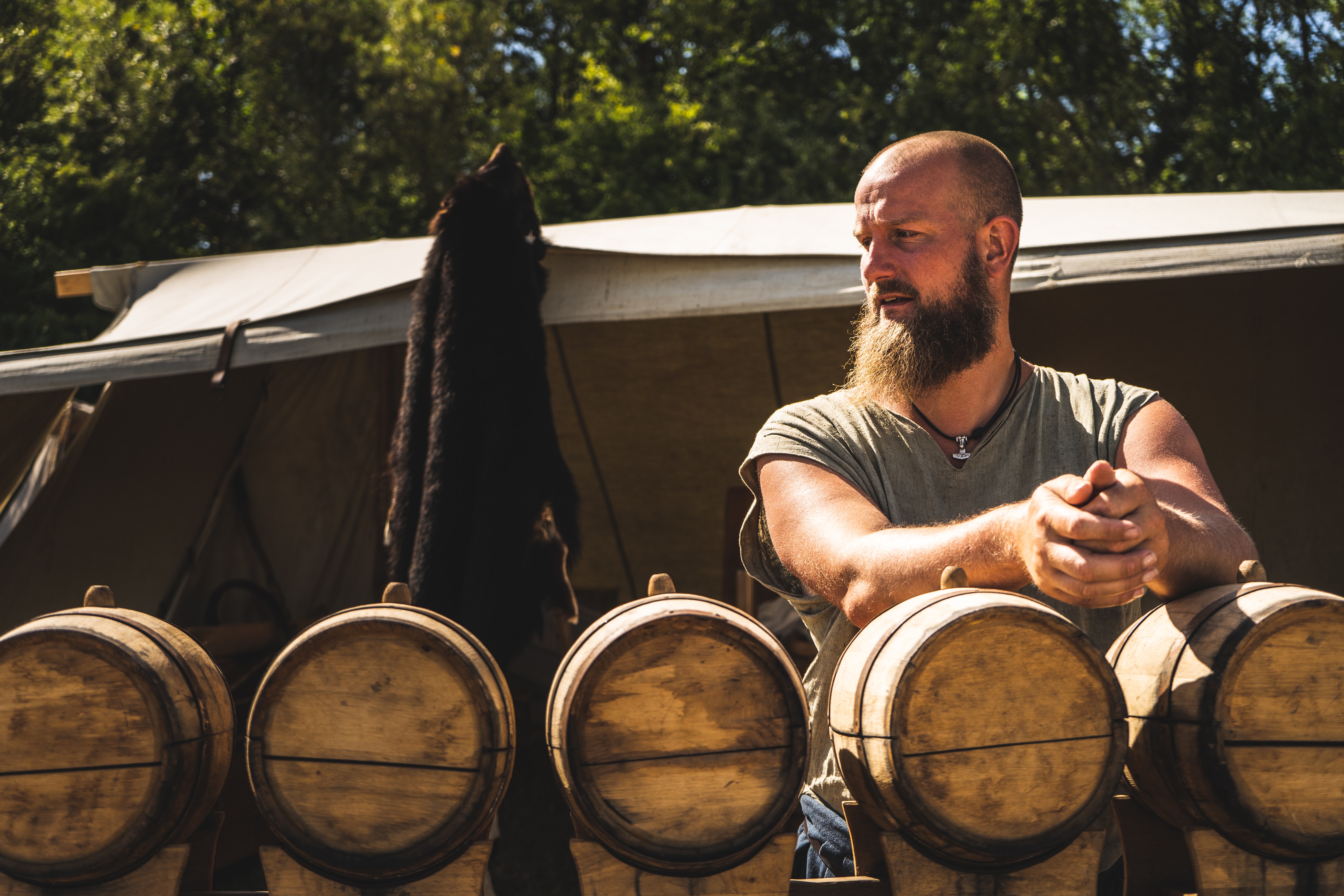 No matter how big or small there is a refrigerated van out there that will be the perfect size for your delivery. Smaller companies that may only be carrying a couple of barrels with a few crates in tow can opt for smaller vehicles like the VW Caddy. These smaller trucks are ideal for traversing the urban jungle, and can make deliveries between breweries and bars a breeze. The range of vehicles available to rent also allows brewers to lower their emissions by driving the smallest and lightest van for their payload.

Why do people make craft beers? They love the art. They also love to see their beers in the hands of other beer-onistas. Events and beer festivals are two really great ways to get more people loving your brews but there’s a problem. How to keep your beers cool and fresh behind the counter when you’re away from the taphouse? Simple, the Jiffy Van.

The Jiffy van is an asset for anyone who sells their products at trade festivals and events. Forget about keeping your product in buckets of icy water, out of site and with labels peeling off when presented to a customer. Simply load up the Jiffy van the night before, drive to the event, lift the sides and you’re open for business. The best bit? Your beers are on show, selling themselves as people walk by, cool, refreshing and ready to grow your brand. 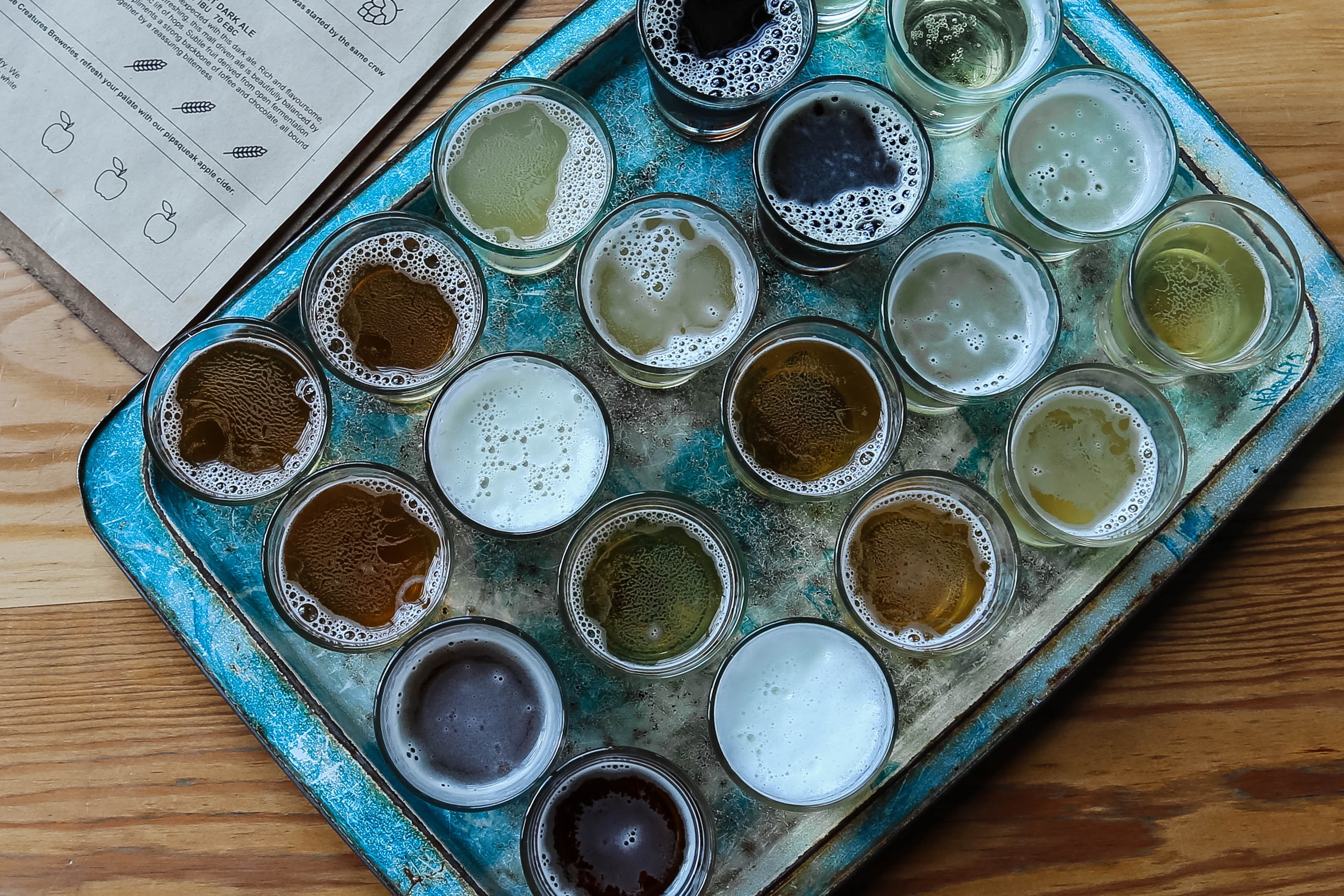 Who are Cool Running Rental?

Cool Running Rental are the sister company of Rentruck, a vehicle hire and rental company based in Rochdale with over 90 years of experience in the industry. We offer a wide variety of refrigerated vans for hire and can cater to clients nationwide.

Our vans range from small Jiffy and VW Caddys to refrigerated box vans with payloads of up to 1060kg! If you have to transport temperature sensitive vans and think your company could benefit from a Cool Running Rental solution then click here to get in touch with us today.