Refrigerated vans: Ever wondered how they work?

Essential to the operations of all different types of businesses, refrigerated vans are seeing an increase in demand year on year as the cold chain continues to develop. From butchers and fishmongers to caterers and pharmaceutical companies, there are a large range of industries that rely on the correct function of refrigerated vans to run their businesses. 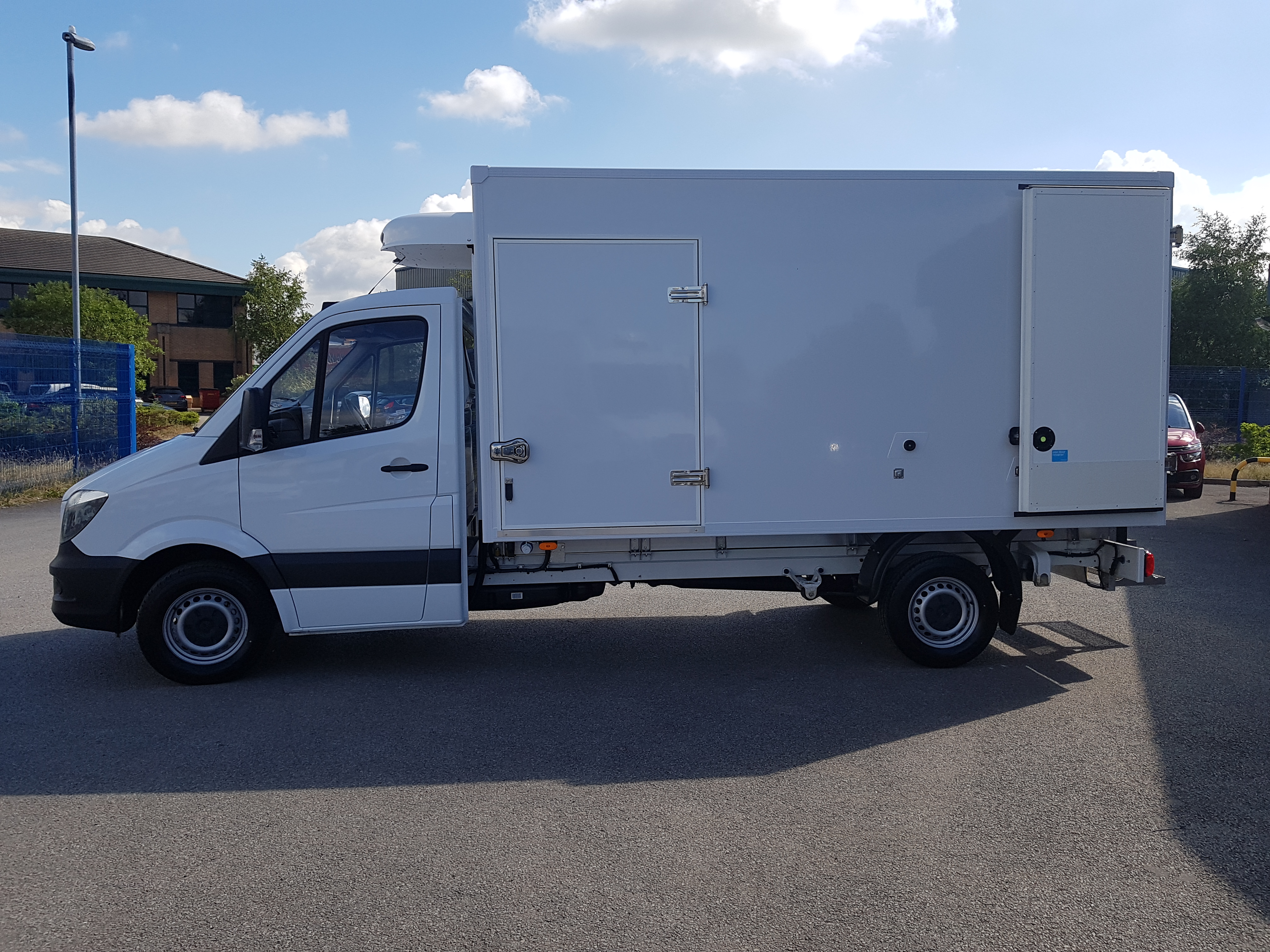 With so many around, it’s likely that you’ve seen a fridge van on more than one occasion and wonder just how they work. It’s not an uncommon question, after all, there is an air of mystery surrounding a vehicle’s ability to keep produce at a cool, constant temperature while at the same time running on a piping hot engine.

The truth is, there’s no magic tricks involved (surprisingly), its machinery works in the same way as any other fridge. Which brings us to our first question…

Does it work the same way as a household fridge?

The short answer to this is, yes.

Refrigeration units inside fridge vans use a similar technology. Absorb heat in an insulated airtight compartment and dissipate that heat outside of that compartment. The insulation used is one of the most crucial parts of the whole operation. It is vital that there is a thick, high quality layer of insulation inside the load space because, unlike household fridges, refrigerated vans are outside for long periods of time in all ambient conditions, sometimes in direct sunlight, running on hot roads and powered by heat-generating engines.

The mechanics of the unit are made up of the same basic components as a standard kitchen fridge. The aim is to absorb heat inside the load space and dissipate to atmosphere this will reduce the load space temperature.

The major components are:
In a nutshell, each element of the refrigeration unit works together to remove heat from inside the vehicle so that the produce being transported can be held at the required temperature.

Now, this can create some confusion. The most important thing to note is that refrigeration units fitted to vehicles do not make things inside the load space ‘cold’, their main purpose is to maintain the produce at the same temperature it left point “A” so that it will arrive at point “B” in the exact same condition.

To keep this constant temperature, the refrigeration unit removes heat from the load space as produce carried in too high a temperature this can will spoil. The more heat that is removed from an load space, the colder it becomes and that is how a refrigerated vehicle works.

Once all the heat has been removed from the insulated load space the unit will cycle on and off using an adjustable thermostatic control. With the right system, set to the right temperature, you can deliver chilled, frozen or deep-frozen goods.

So, where does the heat come from?

There are many different ways that heat can get inside refrigerated vans, and that’s why it’s important that the fridge unit is working correctly to deal with this.

Firstly, heat can leak in through the vehicle body and insulation This is why it is crucial to ensure that that an effective insulation lining is used to prevent as much heat as possible from entering. Secondly, there is a possibility that heat could introduced inadvertently. 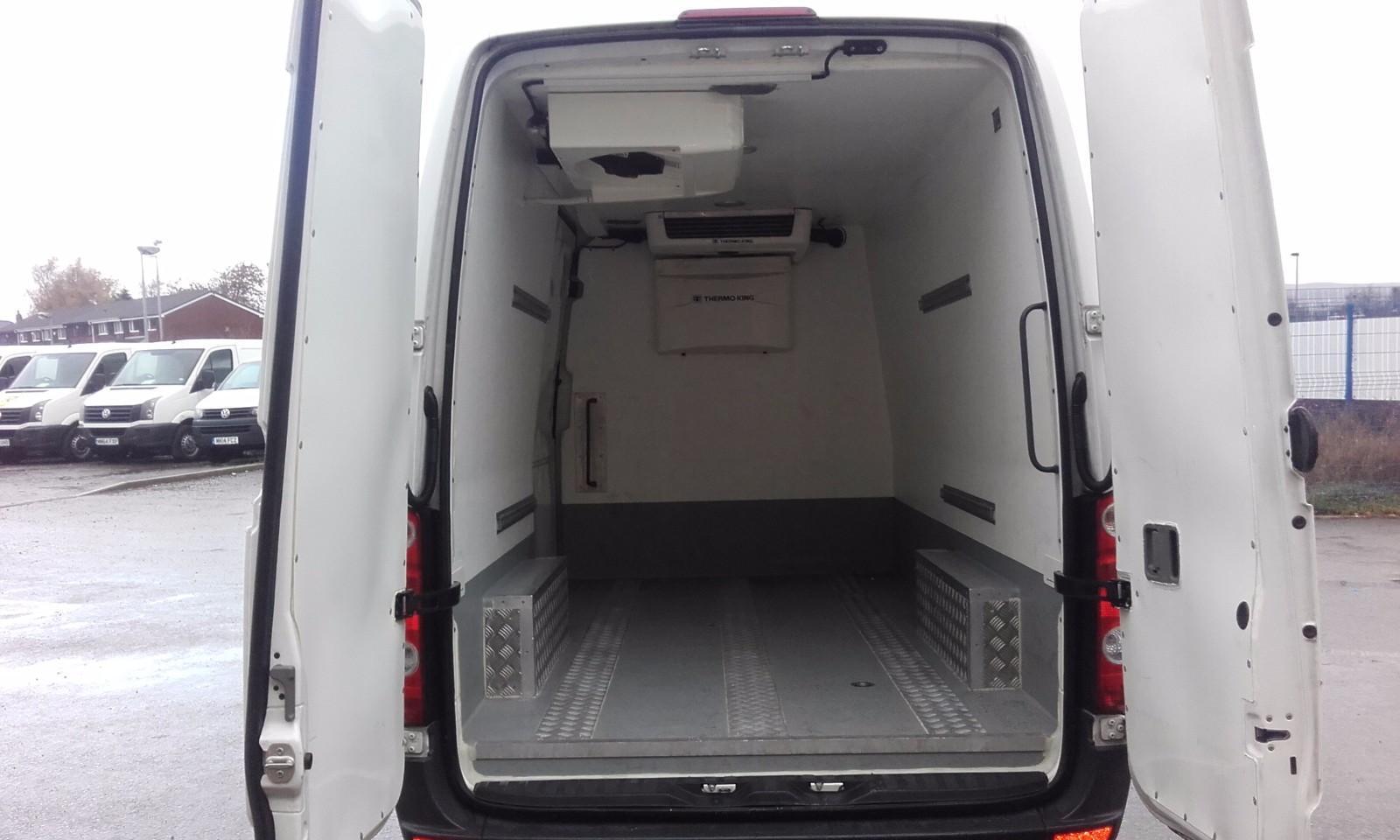 Chilled goods can be loaded followed by ambient goods such as tins of drink, cooking oil etc. which are generally delivered at ambient temperatures. Take care what you load.

Lastly, like any other vehicle, heat also gets inside every time the door is opened. This is particularly key when it comes to loading and unloading the vehicle, as you can never be sure how much heat you’re letting in. The rule is open the door, get the goods out and close the door as soon as possible.

All these factors indicate the reasons why it is crucial that all components of a refrigerated unit must be of high quality, and of course regularly maintained to ensure the correct temperature is maintained on each delivery route. Click here to find out how to properly maintain your refrigerated van.

How is it powered?

Refrigerated units in vans differ from standard kitchen fridges in the way that they are powered. Of course, household fridges are typically connected to a mains supply but that’s not practical for a van that’s on the road.

Generally, fridge vans will use a direct drive system with a compressor bolted directly to the side of the vehicle’s engine to power the unit whilst delivering goods. A direct drive system is generally considered an efficient and simple solution however; in some cases, fridge vans can also be powered by a separate mains driven compressor called a “standby compressor”. A standby allows either pre-cooling of the load space, additional storage or an onsite storage facility used for example on catering vehicles. A standby system is a highly useful feature to make sure that any perishable goods left inside the load space are kept at optimal temperature. 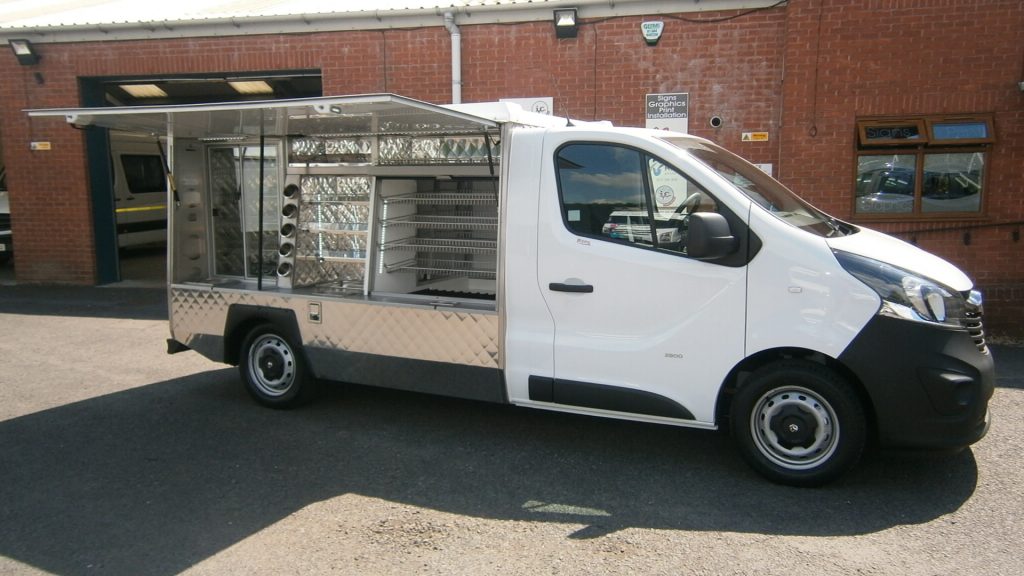 In summary, it’s clear to see how important it is to ensure that your refrigerated unit is working like clockwork in order to preserve your goods and prevent any costly spoilages. Maintenance is key, and it’s crucial to carry out frequent checks before every journey to ensure that everything is in working order.

Choosing the right refrigerated van for your business can be the difference between successful operations and throwing your hard-earned money away. Whether you’re looking to buy brand new, second hand, or renting a fridge van, be sure that you’ve done your research into what you do and don’t require to make it a far more cost-efficient purchase.

If you’re interested in knowing more about refrigerated vans and would like a free quote for rental, hire or leasing tailored to you, get in touch with us today and we’ll be happy to help.

Read more: The benefits refrigerated vans can have for your business